Vehicle safety has changed drastically over the years, and today newer cars are safer than ever before. Thanks to advanced engineering, in-depth research and analysis of crash data, newer vehicles are built better and have more safety features to protect you. Advanced technologies that have emerged in recent years give you even more safety options — you can choose what features are best to keep you and your family safe on the road.

The National Highway Traffic Safety Administration has been involved in vehicle safety improvements for decades. NHTSA, celebrating its 50th year in 2020, sets and enforces safety standards, and develops innovative approaches to vehicle safety — such as our New Car Assessment Program. NCAP, expanded in 1993 to include the 5-Star Safety Ratings system, marked 40 years in 2019. Here’s a look at some overall vehicle safety improvements that have made cars safer over the decades.

Videos
Newer Cars Are Safer Cars (Above) Data, Research and Engineering Have Made Cars Safer How Car Safety Has Changed Over the Years

Most standard equipment in cars today wasn’t even an option decades ago. Depending on your age, you may remember when cars didn’t have seat belts, or when the belt just went over your lap. Today, the three-point seat belt, which restrains occupants across both their lap and shoulder, is standard in all vehicles. The advanced three-point restraint system includes a pretensioner that pulls the seat belt tight and prevents excess slack during a crash — saving hundreds of thousands of lives.

Air bags have come a long way since the first one was invented in the 1950s. Though early air bags saved lives, they had to be reengineered so the air bag itself did not injure or kill someone when it deployed, especially women and children. Air bag placement in vehicles has also changed to protect occupants better. Frontal air bags were widely adopted by 1987 and have since saved more than 50,000 lives. Now, many car manufacturers offer side air bags, or side curtain air bags, as standard or optional equipment.

Losing control of your vehicle is never a good thing, but vehicle safety systems are in place to help you if you are in that situation. For example, electronic stability control aims to reduce spin-outs and plow-outs. Electronic stability control systems, required in all new cars since September 1, 2011, use automatic computer-controlled braking of wheels to assist you in maintaining control if you begin to lose control of your vehicle.

A rearview video system, also known as a backup camera, aims to help prevent backover crashes by showing objects that are directly behind your vehicle, and if an object may be coming into your vehicle’s path. Originally, the issue with backover crashes was thought to be the inability to see directly behind you, but further investigation showed a high number of incidents happened because a person was coming into the vehicle’s path from a side. Now, rearview video systems, a required safety technology on all new cars since May 1, 2018, show a wider view.

In response to crashes where drivers did not see what was next to them because of a blind spot, blind spot detection was developed. It uses either digital cameras or sensors to monitor if a vehicle is in an adjacent lane. The system, which is offered as standard or optional equipment on many new cars, sends a warning to the driver that it may be unsafe to merge or change lanes.

One day, Automated Driving Systems could potentially handle the whole task of driving. As we head down the road to full automation, there has been a lot of development in Level 1 and Level 2 automation: driver assistance. This is where a vehicle is controlled by the driver, but there are some driving assistance options like forward collision warning, automatic emergency braking, lane departure warning, and adaptive cruise control. The continuing evolution of automotive safety aims to save more lives and prevent injuries on America’s roads.

Getting drivers into safer vehicles

Other significant changes over the years have been the cost of vehicles and the number of vehicles Americans have. There are 65 million more vehicles in the United States than there are drivers, as people buy vehicles to meet specific needs. But for some, affording any car – let alone a new one – can be a challenge. As of August 2019, the average price of a new passenger vehicle was about $37,000. Right now, NHTSA is working to keep regulations reasonable so cars, trucks and SUVs — with the latest safety features — are more affordable and families can be safer on the roads. We are committed to letting consumers choose the vehicle that best meets their needs while keeping them safe.

We anticipate more vehicle safety improvements in the years ahead. In 2020, NHTSA plans to propose major upgrades to NCAP, which uses the 5-Star Safety Ratings system to inform consumers about the crash protection and rollover safety of new vehicles, beyond what federal law requires. The program also assesses the performance of new crash avoidance technologies. By shining a light on the benefits of various safety features, NCAP encourages automakers to continue investing in innovative safety technologies.

“NHTSA’s Government 5-Star Safety Ratings program has been replicated around the world, and for good reason: thanks in large measure to NCAP, new vehicles today are safer than ever,” said James Owens, NHTSA Acting Administrator.

NHTSA hopes that by upgrading its iconic program, it will continue to raise the bar on safety for years to come. 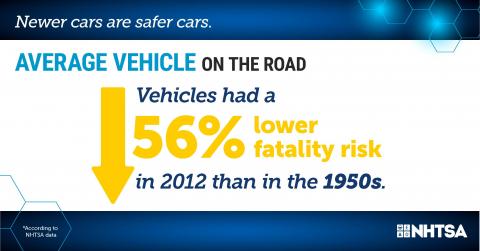 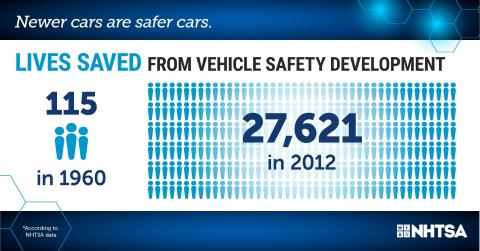 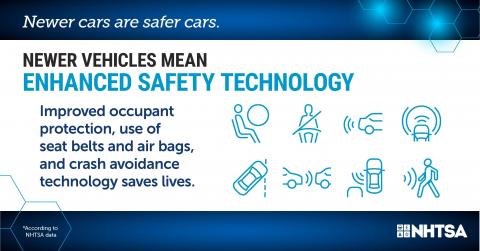 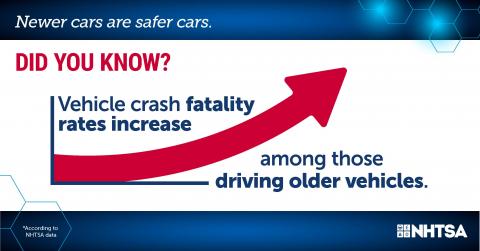 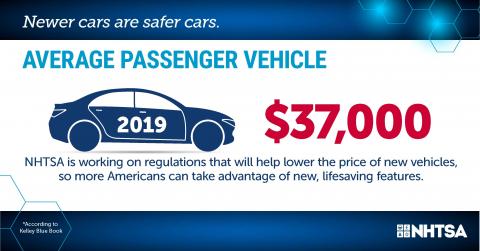